Have you heard the buzz? Tampa Heights is booming. Ever since Ulele opened doors, businesses have been flocking to the area and tonight The Hall on Franklin had a family and friends night, which I attended.

This new food hall is now in soft opening and you should definitely be patient as they figure out their kinks and get this show going, but there is much to be excited about.

What’s a “food hall” you ask? It is essentially a business that sells a variety of food from different stands indoors. The first concept of it’s kind in Tampa Bay was the Locale Market in St. Petersburg which is owned by Chef Michael Mina.

The Hall on Franklin is different in concept and combines different food entrepreneurs and chefs together into one building. It was hard to imagine how it was all going to come together until I experienced it for myself tonight and I have to say I was completely impressed and surprised at the quality establishment that has surfaced.

I visited nearly every stand tonight for a bite and drink and found that all the food was of excellent quality. Despite being a family and friends night and having the stress of POS systems, the staff was completely friendly and hospitable.

The Hall on Franklin is what would happen if you dreamed of all your favorite things in one place without having to drive around. You can visit the kiosks yourself to order food or have a waiter bring you food.

Parking is available on the street or via valet which will hopefully be a regular thing.

The best part? The quality is only matched by the prices that are fair and allow you to actually try all the great spots inside the building with tons of options from sides, different sized entrees, drinks, and desserts. I happened to meet developer Jamal Wilson during the preview who told me that is exactly what they were going for.

Poke Rose: Finally some real poke in Tampa. Every last bite was delicious and packed with flavor. Make sure to ask about spicy levels. Chef Jason Cline left me happy and I can’t wait to come back for more. 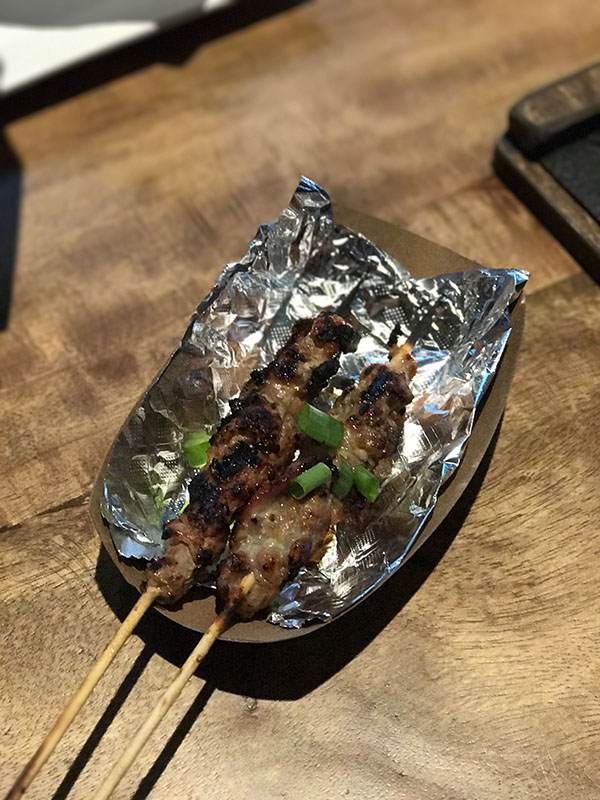 North Star Eatery: I have followed Xuan since Anise Gastrobar opened (one of my favorite bars in Tampa) and I am never disappointed with her business acumen. The pork yakitori was an excellent side dish and I look forward to coming back to try her ramen in the future and of course some Stinky Bunz.

Bake’n Babes: I first tried Bake’n Babes at Ginger Beard Coffee a few weeks ago in an affogato. Their ice cream rivaled Revolution Ice Cream, no lie. Lord – I tried the Bacon Beer Battered Cupcake tonight though and it was one of those moments where you pop food into your mouth and feel instant delight. This is a sweets empire in the making.

The Heights Melt Shoppe: I split a Philly Sub with a friend and could not stop putting it in my mouth. Every last bite was excellent. Wow. 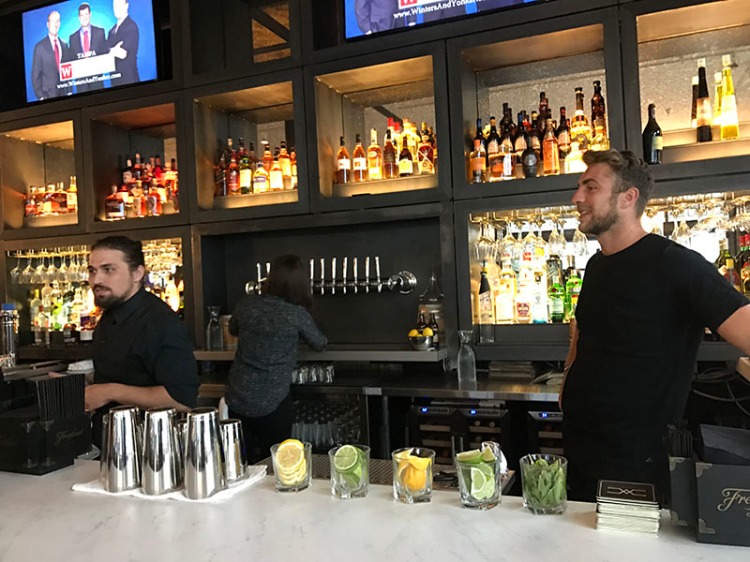 The Collection: The bar is beautiful inside The Hall on Franklin. The bartenders were very friendly and easy to talk to. There is a happy hour (YES) and plenty of cocktail creations on the menu that I want to try. For tonight, I tried their signature beer “The Hall Pass” ($6) which is made in a partnership with Hidden Springs (keeping it local) and has hibiscus, yuzu, and cucumber. Anyone could drink this delicious craft beer.

Ko-fē: Tonight I had a butterscotch cappuccino made with Buddy Brew beans. They plan to roast their own beans in the near future. The barista noted their espresso machine is not to be messed with.

The only booth I missed was The Heights Fish Camp (we were way too full!) – but the lobster corn dog nuggets and fish and chips will be something to look forward to in the future.

Something great has been released into the City of Tampa with The Hall on Franklin and I have good feelings.

Visit The Hall on Franklin online at http://thehallonfranklin.com/