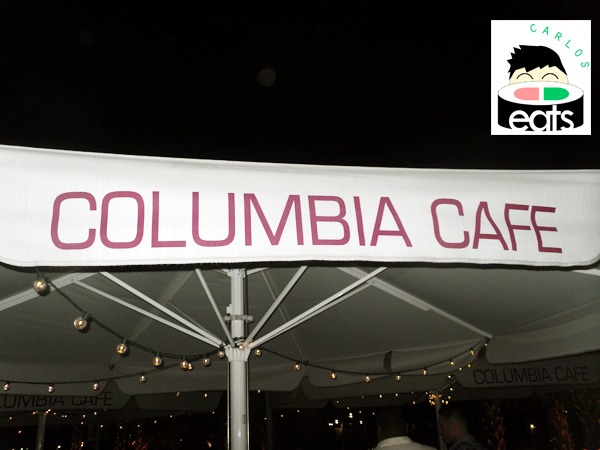 Like many restaurants in this area, live music is available on Friday and Saturday nights (6-9PM here…an earlier show than some other places in the area, such as That’s Amore). Tonight there were two Spanish performers, a man running the instrumentals and a woman singing several covers of popular Spanish music, such as Olga Tanon and Celia Cruz. Her voice was pleasant, but more of a backdrop to make the mood then a show. 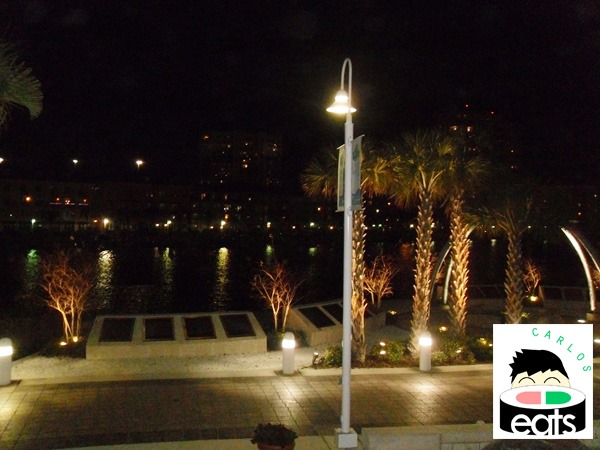 The waiter was quick to come and get our drink orders. He took a couple of minutes to bring us our drinks and then took our orders. We put our orders in. I decided to try their Chicken Salteado ($9.95). The food came out quickly and was on our table in less than 20 minutes. The waiter seemed pre-occupied for a portion of our meal, and just when I was starting to think that the waiter should come and check on our drinks he appeared and refilled my drink (almost like he read my mind or something). The restaurant was moderately busy, but there was still plenty of empty tables for Friday night. I don’t think many people are aware that Columbia Cafe is located here. 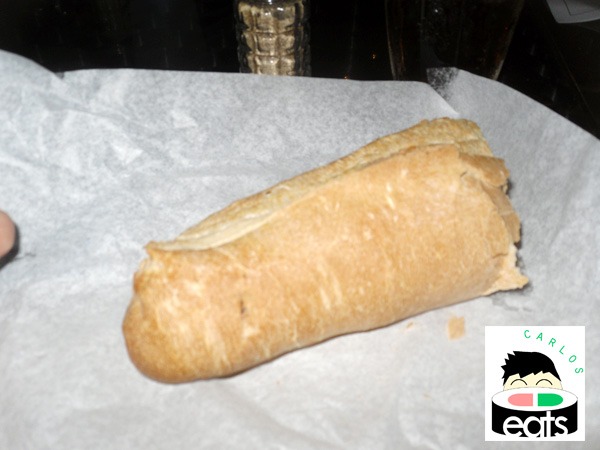 The warm Cuban bread at The Columbia is one of the reasons people love it so much and The Columbia Cafe does not disappoint. I negotiated with my little cousin and was able to have both my bread and hers, it’s just that good. 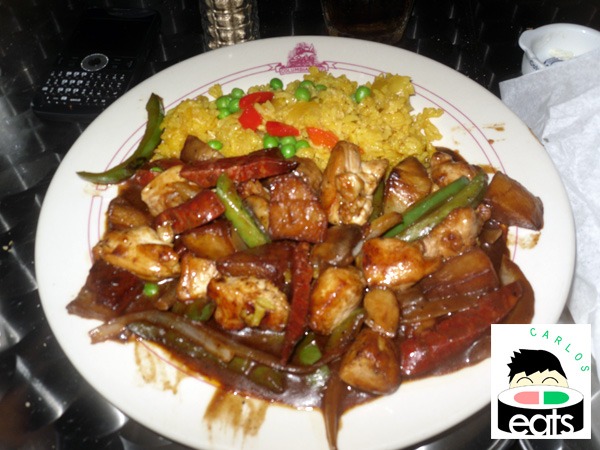 The menu reads the Chicken Salteado is “inspired by the Chinese who lived in Cuba in the 19th century, a very hot iron skillet with extra virgin olive oil is used to sauté boneless pieces of chicken, onions, green peppers, fresh garlic, mushrooms, diced potatoes and chorizo, splashed with a hearty red wine. Served with yellow rice”. The dish was still warm when it arrived on my table. The chicken was a little rough, but flavorful. The potatoes were great as were the vegetables. I was surprised that I actually did not like the chorizo on my plate (since I’m a fan of chorizo), perhaps it was just the way it was cooked. The yellow rice was moist, but a little plain. It might have been a little better with a side of black beans. I added some sour cream to give it a little more flavor. Overall, the dish was average but I probably would not order it again because it was just average. My Step-Dad had the 1905 salad which looked amazing. Maybe I will have that in the future. 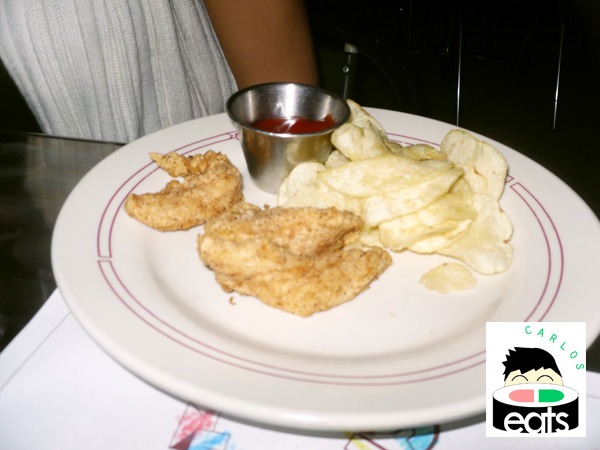 One particular problem I identified during our visit was the portion of their children’s menu. My sister ordered my nephew chicken tenders and chips. They only gave him 3 pieces of chicken strips. We asked the waiter about the order and he confirmed that this is the standard…I honestly don’t know how they can even call this a meal. It was a good thing my six-year-old nephew was not hungry because it would have then taken two children’s menu items to fill him. My seven-year-old cousin had their macaroni and cheese, which was a more appropriate portion for a child.

Overall, The Columbia Cafe is a nice spot in Downtown Tampa. The view outside is fantastic at night (and I’m sure it is also great on a beautiful sunny Florida day). The menu leaves a little to be desired, but has the classic Columbia choices. There is a full bar and live music on Friday and Saturday nights. If this restaurant was open a little later and promoted better it could be a popular spot for the night scene in the area and easily dominate the area with its signature Spanish dishes.

3 responses to “The Columbia Cafe”