Full disclosure: I was invited to try the menu at U Poke Spot in exchange for my opinion about their food. These opinions are my own and do not reflect U Poke Spot.

U Poke Spot opened recently just a block away from USF across from MOSI by Einstein’s and Qdoba. It’s a fast-casual Hawaiian-style poke restaurant.

Despite the national popularity of poke, it hasn’t quite taken off yet in Tampa. Many restaurant have tried to use poke as a marketing tactic to upsell their typical fish without offering real poke. Often times the sauces will be downright awful or the fish doesn’t taste good.

Poke Rose at The Hall on Franklin was the first serious take on poke in Tampa, but unfortunately it does not allow you to customize your bowls. The Poke Cafe may be good to the people in Dunedin, but to me it was a disappointing example of poke. 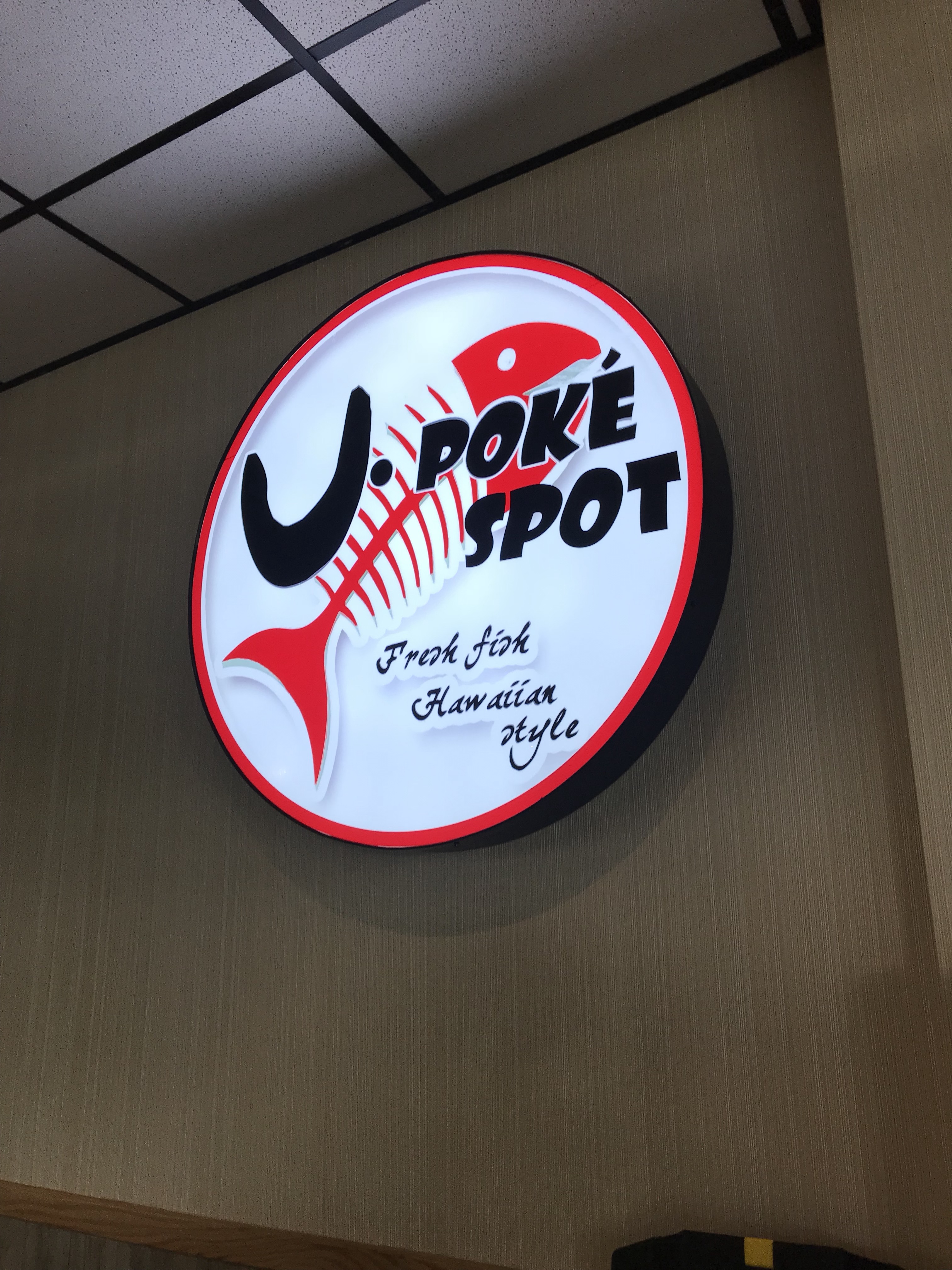 U Poke Spot resembles more of what I expect in a poke restaurant. The owners background ties back to sushi restaurants, so the fish and toppings reflect that and they go well. 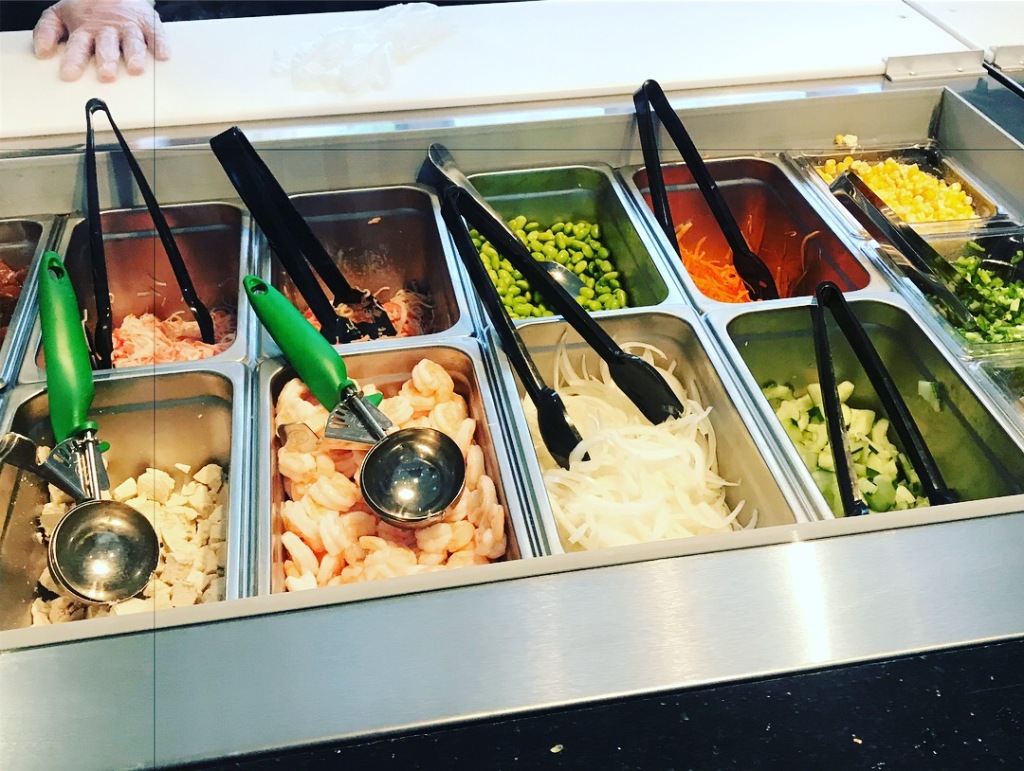 They have salmon, tuna, spicy salmon, spicy tuna, octopus, and even chicken for people who are trying to avoid fish all together. Some toppings include masago, edamame, tempura flakes, seaweed salad, guacamole, mango salsa, crushed nuts, and more.

The main sauce is poke sauce but there are at least 4 other available. The eel sauce and spicy mayo sauces I tried were also great and just what you would find at any sushi restaurant. To be honest, this is the best poke I have had since I last went to San Francisco.

Some things I hope to see added to the menu are tamago (Japanese egg) and eel.

I went with the spicy salmon all the way and added a bunch of toppings and I found all of them to be fresh and flavorful. I built my bowl the same way I would build a sushi burrito or a sushi roll and modern poke is pretty much that.

The guacamole was flavorful, but I would be interested in seeing the guacamole mixed with some other things perhaps in the future. I’a Poke in San Francisco has sun-dried tomato guacamole which sounds ridiculous, but is actually ridiculously amazing with poke and sushi burritos. The cool thing about poke bowls is you can constantly re-invent the menu for customers.

The key to a good poke bowl will depend on how you mix the fish, toppings, and sauces. You have to think about how the flavors all complement each other. There are pre-arranged bowls to help those who might struggle with that.

The prices seem a little expensive for the college area it is situated in with 2 proteins at $10.95 and 3 proteins for $13.95, but it is actually comparable to other poke restaurants. The price will mostly increase when you add higher end toppings such as guacamole or avocado which is expensive pretty much anywhere.

On average I think a typical for me would probably run around $13-15 which isn’t unfair for the bowl portions in my opinion. The truth is quality fish is never going to be cheap without something else to make up for the margins lost such as alcohol or events.

The owners could mitigate that feeling for students by providing a rewards program, student discount, or flash sales that will draw them in even if they are reluctant. Although students claim to be price-conscious, they are willing to spend extra for the right brands. See Chipotle, iPhones, electronic music festivals, etc.

I was also a fan of the drink selection with numerous drinks from Japan available including various green tea brands, Japanese Ramune sodas, and Calpico which I love.

This selection was also available at poke places I visited in San Francisco and the owners of U Poke Spot told me much of their inspiration came from poke restaurants in New York that they visited. 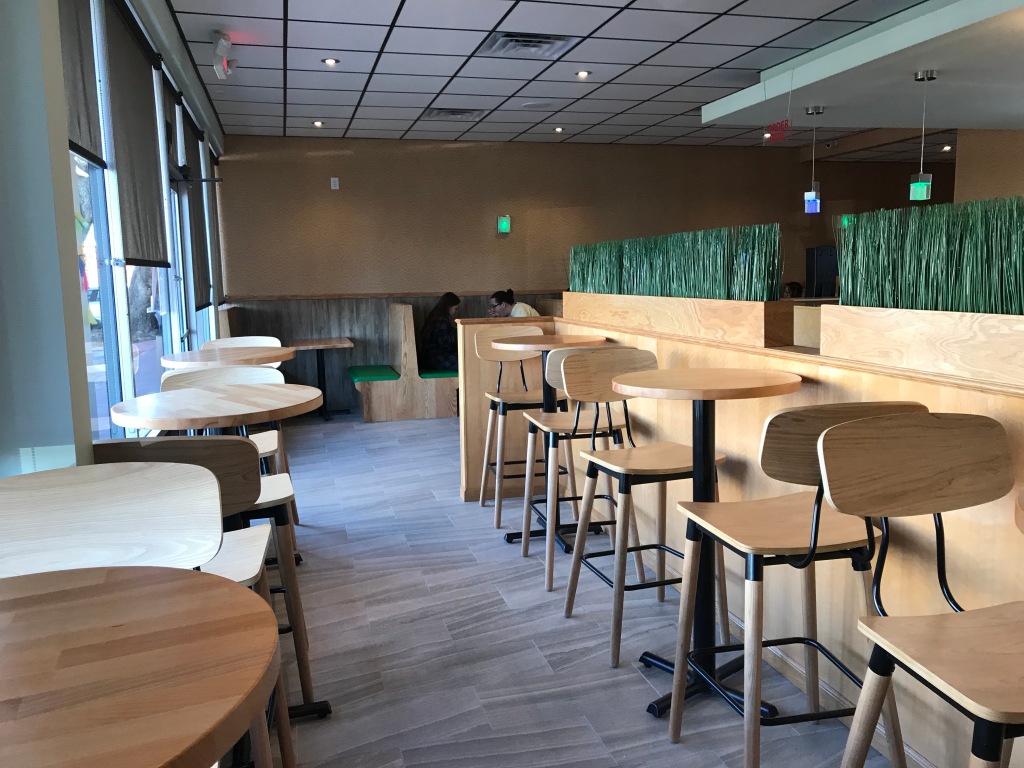 The interior is modern with digital screens and clean and to me makes a good case of probably a franchise one day if U Poke Spot is successful.

The owners indicated they will be adding sushi burritos to the menu as well which I look forward to trying in the future.

I really enjoyed U Poke Spot and look forward to coming back again soon. It is the first time I have felt like poke is being done how I imagined it in Tampa. I recommend giving them a look.