I stopped by the Taste of Latino today for their food festival for a few hours. Hundreds of people showed up for a beautiful Sunday in Historic Ybor City. One of the cool things about the event was the wide variety of people who showed up there. There was food from around Latin America including arepas, paella, empananas, flan, Cuban coffee, and more.

The event was organized by Latin Times Media and sponsored by Ford.

Here are some photos from the event:

Delicious paella from Nonna’s Artisan who went on to win one of the trophys for Top Latino Chef.

I didn’t plan to judge, but ended up judging after being asked to help. How could I say no? 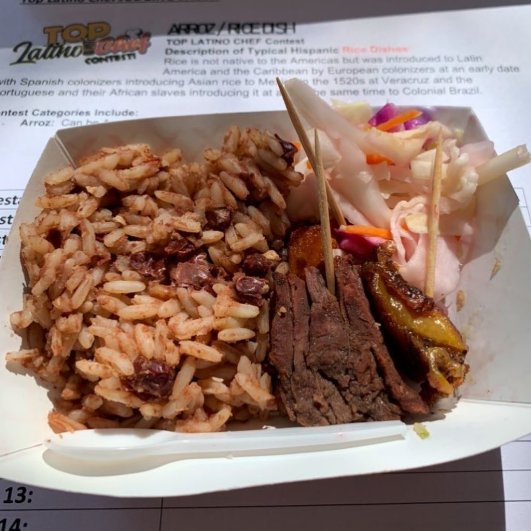 This rice went really well with the flank steak and plantains, although it was a little dry on its own.

It wouldn’t be a Latin festival in Tampa without a Cuban Sandwich. Tampa is the home of the Cuban Sandwich and the organizers of Taste of Latino also plan the annual International Cuban Sandwich Festival every spring, which is a qualifier for the World Food Championships.

I tried these ceviche tacos from Las Palmas (winner of the Cuban Sandwich Festival) and they were pretty good. Plenty of spices. 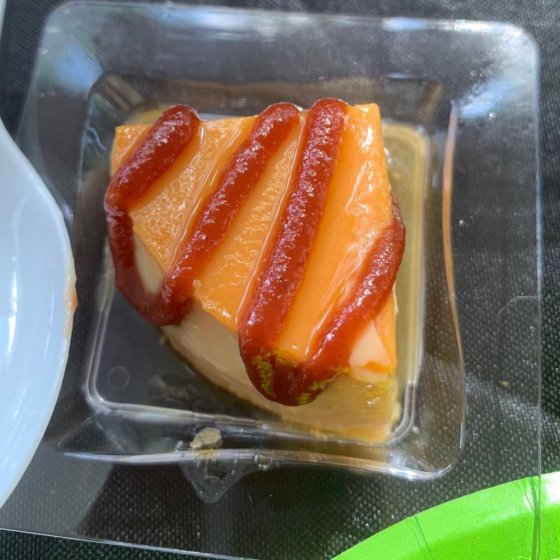 Flan was one of my favorite things here. One of the highest scores I gave out. I love good flan. 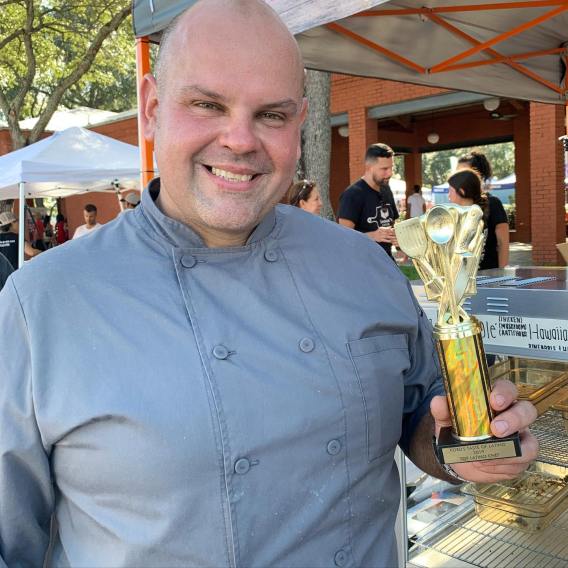 Chef Aldo Mosquera was one of the winners for Top Latino Chef at the Taste of Latino. It wasn’t totally shocking since his paella and empanadas were delicious.