Looking for somewhere to drink during the NHL Stanley Cup 2019 playoff games? Tampa Bay Lightning fans can head over to Mole y Abuela in Downtown Tampa and enjoy 50% off all tabs at the bar and rooftop bar during all Lightning playoff games. Their rooftop projector will be showing all the games throughout the playoffs. 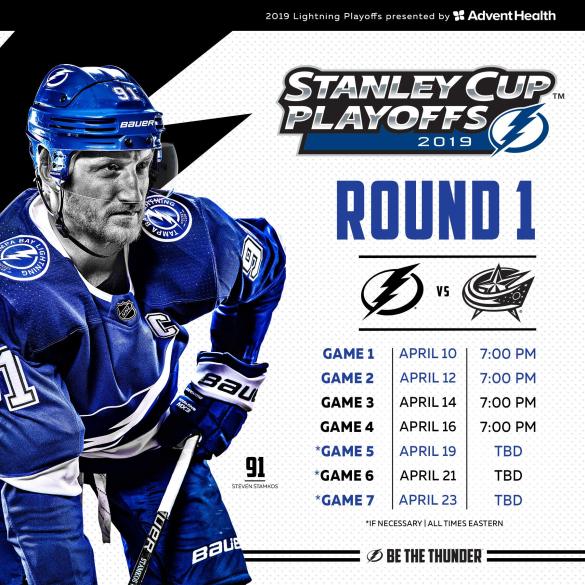 Mole y Abuela opened in the old Fly Bar space on Franklin Street recently. The offer cocktails, wine, beer, Spanish tapas, and some great Spanish wines. It is run by celebrity Chef Fabio Viviani and open from 5PM to midnight from Monday to Thursday and 5PM to 3AM on Friday and Saturday.

Chef Fabio grew up in Florence, Italy and moved to California in 2005 where he opened his first USA-based restaurant called Café Firenze. He has been featured on Good Morning America, The Rachael Ray Show, The Chew, Cutthroat Kitchen: All-Star Tournament, and plenty of other Food Network shows. He has a YouTube channel called Fabio’s Kitchen that he released in February 2017. 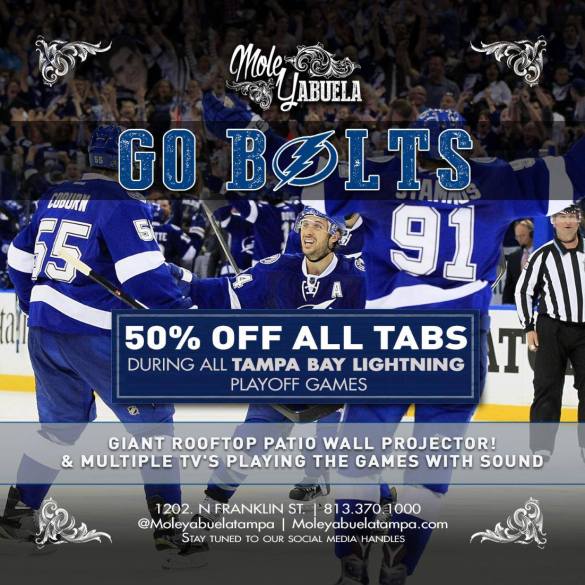