My Aunt recently held her birthday dinner at Ocean Prime, one of the most upscale restaurants in Tampa Bay and I was excited to check it out and of course try some of the food there. We were given a private room with glass surrounding us to the rest of the restaurant, it sure was a different experience then the last time I was there lounging by the outdoor bar with my parents.

The waitress was friendly, but it was hard for her to frequently keep up with us since she still had assigned tables outside our room…I was convinced that she was trying her best though. They tried their best to make my Aunt feel special (singing happy birthday to her on the piano) and even one of the managers there came in and introduced himself to my Aunt. They even brought her two complimentary cakes and a drink. Talk about high-class treatment.

Now on to the food 🙂

I ordered two potato sides and their She Crab Bisque with Crab Fritter ($9) instead of ordering one of the main entrees, such as steak or fish. 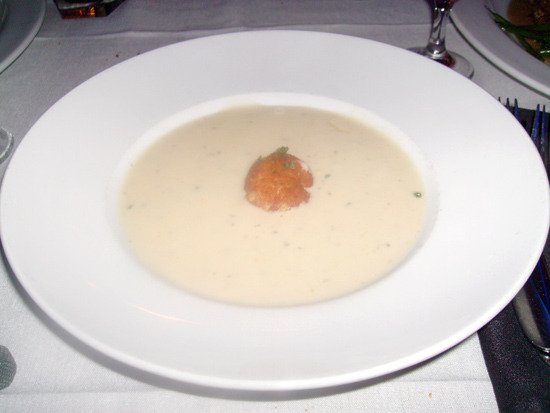 The She Crab Bisque was probably one of the best soups I have ever tried. Sweeter than a lobster bisque and hitting just the right taste buds to have a powerful yet perfect taste to it. I honestly preferred it without the crab fritter which, in my opinion, took some of the taste away. For $9, you could probably visit Ocean Prime and have a decent meal with just this soup without spending the big bucks. I highly recommend this dish. 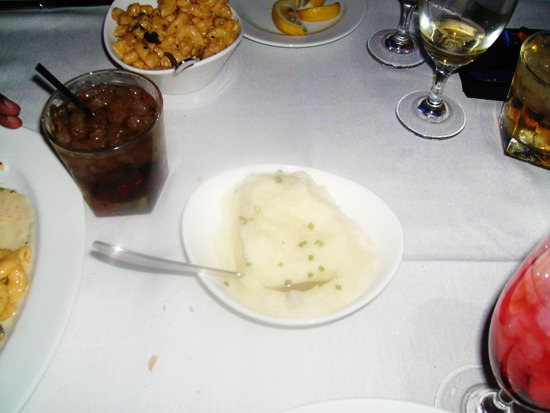 The Creamy Whipped Potatoes ($8) were blended very well, but were missing something. Maybe some gravy on top would have helped it out. I could have passed on this one, and it was something you really need to share. I’ve had better potatoes honestly. 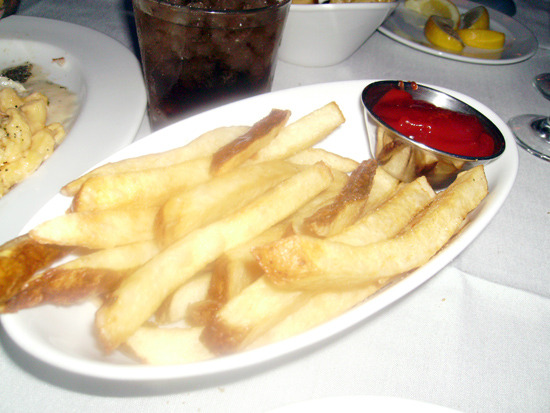 The Sea Salt Vinegar Fries ($8) were tasty, having almost a salt and vinegar chip taste just with fries instead. I think dipping them in ketchup makes it too salty and doesn’t give it the right taste, though by themselves they were not too appetizing either. These might be good with some other kind of dip for future ventures.

Honestly, the She Crab Bisque was really what made my meal at Ocean Prime pretty great. I wouldn’t have really enjoyed the food or time there without it. Ocean Prime does have a very relaxing kind of environment to it (if you’re smart you can even eat there without spending too much money), but at the same time I think I prefer a nice more family style dining restaurant instead. As a small side note Derek Jeter ended up in the same bathroom as me, which was a little odd to say the least.