When I was researching about South Korea before I traveled to study abroad I came across an interesting event: the 1st Korean Food Tour for Foreign Foodies, sponsored by The Ministry for food, Agriculture, Forestry, and Fisheries and the Korean Food Foundation. Applications for participants were being accepted and I was lucky enough to be chosen as a finalist to join a team of college students to be featured on this food tour.

During the first orientation I learned that I will also be on television, KBS2 (Korean Broadcasting System 2) and cameras will follow us on every step of our way through the Jeollanam-do province of South Korea. We also found out we have to plan our own trip through our province step-by-step and explain why and how we decided to pick each restaurant or location we will visit and that in the end there will be a roadmap created for future foreign visitors to South Korea looking for the best foodie destinations (I get to make a difference!). Lucky for me my South Korea travel book states “ask anyone any they’ll say the best food in South Korea can be found here [Jeolla]”.

Jeolla-do is the ancestral home of the Yi family of the Joseon family (one of the longest cultural development periods in South Korean history including the invention of the writing system called Hangul by King Se-jong) with cooking techniques handed down for centuries. Jeolla is one of the least developed areas of South Korea, which makes it a perfect place for sightseeing. Warm weather allows for large agricultural  production in the region. There is certainly much to be seen in Jeollanam-do and much to be written. Stay tuned for updates on my journey to the southwestern province of South Korea. 🙂

[…] network here in Korea). You can follow my adventures eating through Seoul on my food blog Carlos Eats. I will add a directory soon to this website as […]

Congrats. Perhaps this is the beginning to a long career in the Korean food and entertainment industry.

[…] hope we have a chance to try the green tea products sold there. I will return to Boseong during my Korean food tour at the end of the month so expect lots of coverage on this location (first brought to my attention […]

I thought that temple looked familiar. Would you mind giving credit please? 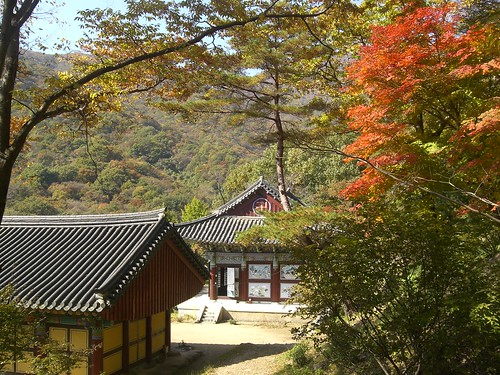 No problem man. Sorry about that, found em on Google image search.