Riverview’s first brewery, Leaven Brewing Co., will have its Grand Opening on Friday, March 30th, 2018. The project has been years in the making and represents the next step for the Brandon/Riverview area.

Participants can enjoy a ribbon cutting from 5PM-6PM and local food trucks from 6PM-9PM. CLE Eats, Up North Doggs, and The Revolution Ice Cream Co. will be serving up the good eats. Live music can be enjoyed starting at 7:30PM by BABYL.

The owners have vigilantly updated their Instagram and social media channels to keep the community updated as they prepared for their journey and it is finally going to pay off with the opening.

Their history with craft beer goes back to Fort Myers Brewing Co. where head brewer and owner KJ Lynch had his start. KJ was originally a photographer for a media event and then started volunteering at the brewery until he was eventually hired full-time and worked his way up to head brewer.

He then started working at Brew Hub in Lakeland where he brewed for 17 different breweries and brewed up to 98,000 barrels of beer in his final year working there before KJ and his wife Jillian decided to open their own brewery: Leaven Brewing Co. in Riverview.

The two are big craft beer supporters and were married at Coppertail Brewing Co. in Ybor City.

Riverview reminds the couple of suburban Fort Myers and helped them to decide on their location with some luck from a friend.

They plan to book live music on the weekends and have plenty of fun planned for the residents of Riverview and visitors coming in for some local craft beer. 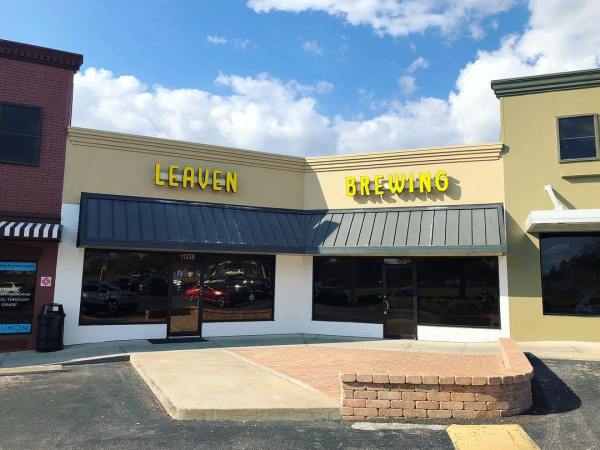