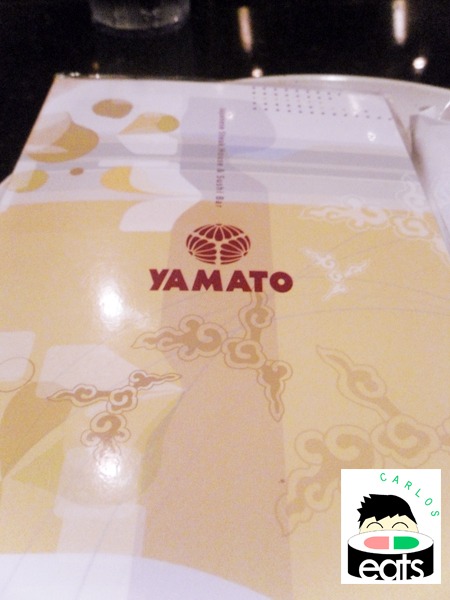 My friend recently treated me to dinner at Yamato Japanese Steakhouse in the Wiregrass Mall. I have been to their bar before (more on that soon), but have never had their Teppanyaki before. We arrived pretty late during a weeknight so the place wasn’t too busy. There was one other group sitting with us who were friendly. I’ve never sat with another party during a visit to a Japanese steakhouse so I thought it might be awkward, but we actually had a good time conversing with the other party at the table. 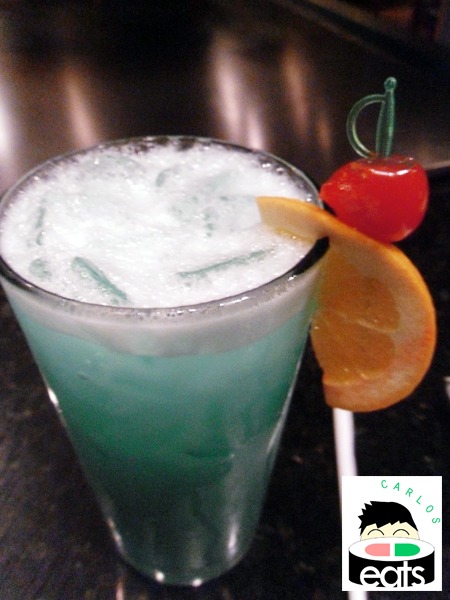 My friend went ahead and ordered my favorite drink I regularly have at this restaurant for me. It’s called a Blue Samurai and it tastes like pineapple juice, but it packs quite a punch. The taste is smooth and it’s easy to slurp it down (though the drink will hit you fast so beware). Japanese steakhouses always have these innovative tasty mixed drinks (it’s one of my favorite things about them) and Yamato is no different. Although I was missing the usual umbrella Benihana gives. 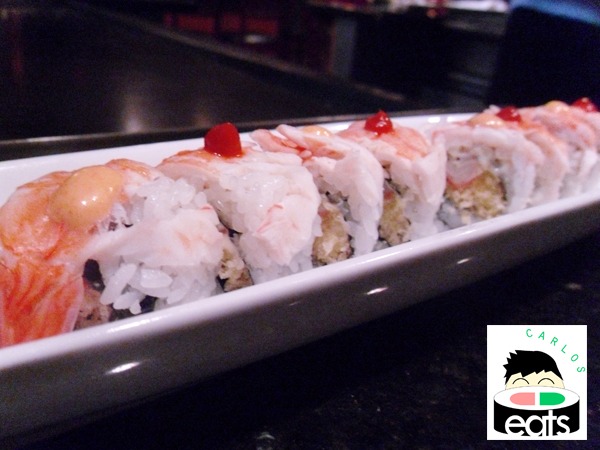 We were given a free sushi roll on the house. Shrimp on the outside and imitation crab with crunchy breading on the inside and a little mayo on top. The shrimp tasted fresh, normally I would prefer fried shrimp, however the shrimp delivered a solid taste and the crab and crunchy breading inside made it even better. A nice start to our meal, indeed. I decided to order their Steak and Calamari ($17) from their Teppanyaki menu and we also ordered some sushi and sashimi. 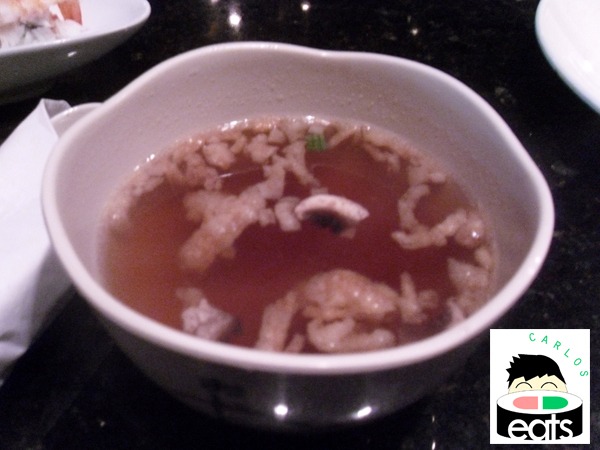 The soup came out first. The soup had an onion taste to it, but wasn’t powdery. It tasted good, but I couldn’t detect what about it made it taste good. It wasn’t heavy (like miso soup sometimes is) and still left plenty of room for the feast we were about to have. 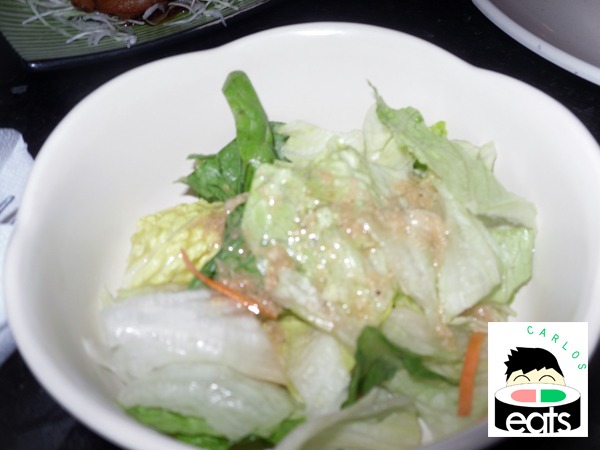 The ginger salad or house salad left plenty to be desired. I will agree with other critics that the sauce has too much liquid. A ginger salad is better when the ginger is freshly added on such as how it is made at Sushi Ninja in Riverview. 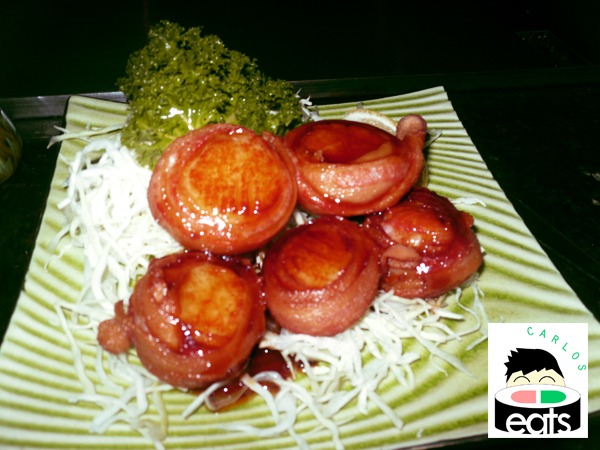 This had to be the most interesting thing we ate that night. Bacon Scallions. It doesn’t sound quite appetizing, but it was pretty tasty. I continue to be shocked by all the wonderful ways bacon can be consumed. Chocolate Sunday’s chocolate and bacon is still my favorite. 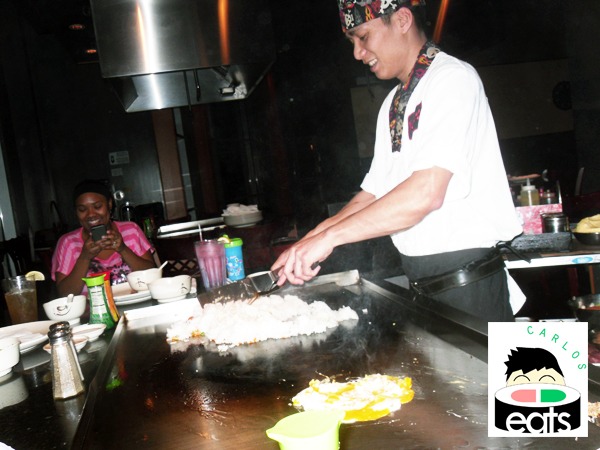 Our Teppanyaki chef was attentive to our group and made our meal in a timely manner. He did a few tricks, such as the spinning egg and also the smoking onion volcano. There was also a big flame moment, which reminded me of Arigato Steakhouse (which used to be on North Dale Mabry). I’d say Kobe Ichiban in Brandon is probably my best experience with an entertaining and humorous chef, but Yamato was not far behind. It far outdid my experience last summer at Benihana in Orlando where the chef couldn’t do barely any moves and left my party feeling completely disappointed. 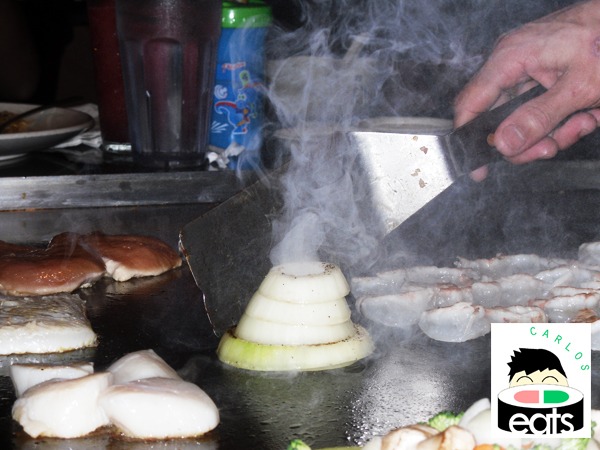 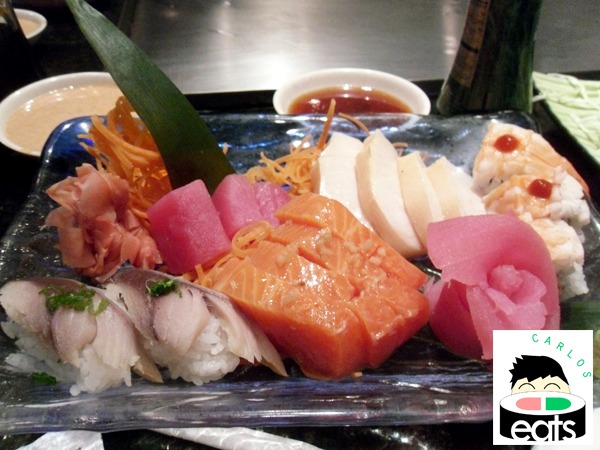 The best part of our meal was interestingly enough the sashimi. I don’t expect sushi or sashimi to be high-quality in a Japanese steakhouse and our decision to order was merely an attempt to sample what they had. We ordered a Sashimi Platter and also Mackerel Nigiri. Mackerel has to be one of the fish I am most picky about. Either it is fantastic or downright disgusting. The mackerel at Yamato was amazing. I could have ten or twenty of them. All the sashimi was fresh and the salmon hit my taste buds in all the right places. Each bite of sashimi was savory and I almost forgot to pay attention to the teppanyaki as I bathed in the fish. 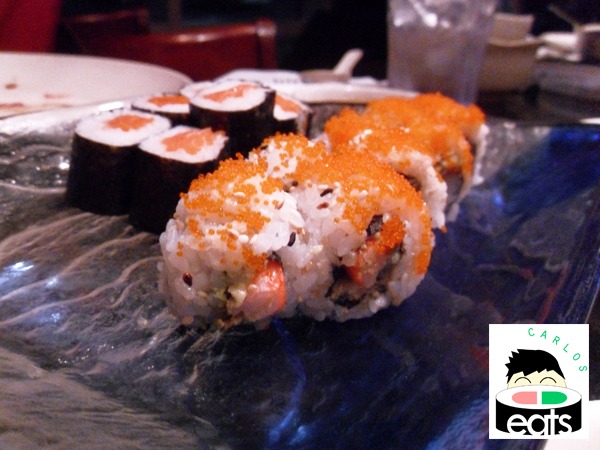 We also had some a California Roll and Salmon Roll. The California Roll was excellent, the crab was great and there was plenty of avocado and masago. The masago tasted very fresh and I had  to snap a photo of it to share with my readers. I was really impressed with how well the California Roll was made, it was clear the chef took some time to make it right. The Salmon Roll was just as great as the salmon sashimi, though I’d probably add some avocado to it next time. 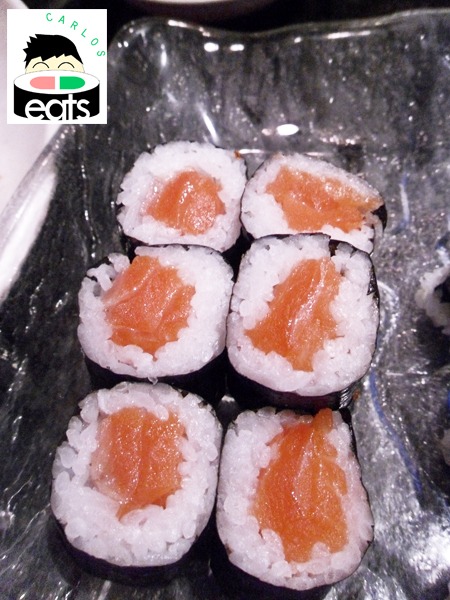 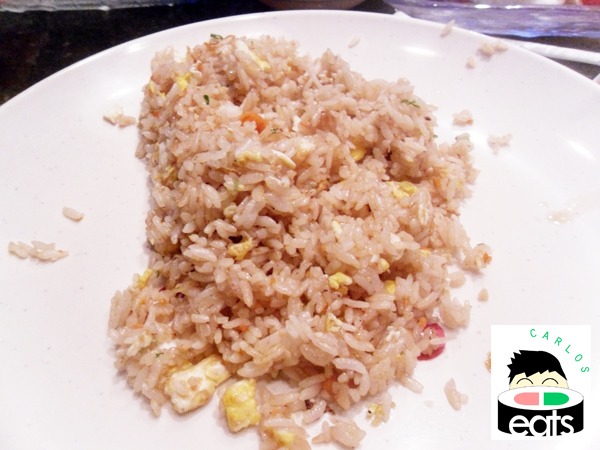 The rice was appetizing and full of flavor. I am normally not too much of a rice consumer, but this rice tasted great and I finished most of it before I even was served my steak or calamari. I was really surprised with the amount of flavor in Yamato’s teppanyaki food. In my prior experiences to Japanese steakhouses the food has been regrettably bland and I constantly need to drench my food in the sauces provided to make my food have flavor, but Yamato actually had a natural flavor in their food. The steak, calamari, noodles, vegetables, and rice were all enjoyable and dipping them in sauce was less of a chore to make it taste good, but just something I sporadically did to test the difference tastes I could make with the food. It was this attention to flavor that truly made me enjoy Yamato as a Japanese steakhouse and make it a place that I would recommend others try as well. 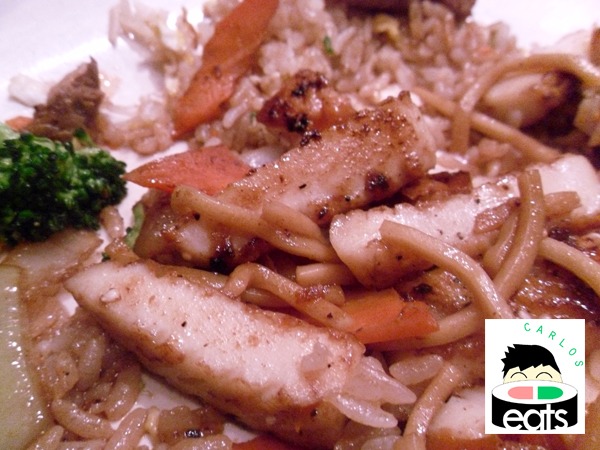 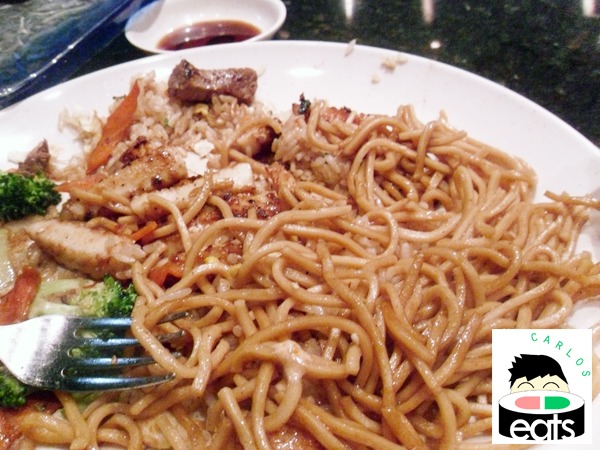